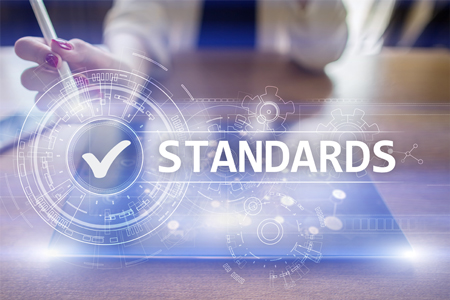 The ICBI Standards Committee determined the best approach to the standards setting process would be to review all potential information available that might provide influence in this process.  Accordingly, the committee reviewed reserve study standards adopted by other organizations that work with reserve studies and also looked at standards developed by the Society of Professional Engineers, the American Institute of Architects, and the American Institute of CPAs.  While concepts could possibly be borrowed from this literature, none of these were considered of significant help.

The committee effectively started anew and moved forward with the premise of “what standards should exist.” The committee developed a structure to set forth the basic principles underlying the reserve study process, then a separate set of performance standards related to the conduct of reserve professionals in performing their work.

These two broad categories, principles and standards, were established at a broad level addressing major issues.  Then the committee developed a series of interpretations of the standards that is best described as the detail level.  The concept is that broad level principles and standards are static.  In contrast, the detail level interpretations are designed to anticipate change.

The result is that principles and standards are not expected to change, but new or changed interpretations may occur on a more frequent basis.

A summary of the key conceptual differences between ICBI Standards and standards followed by non ICBI reserve preparers is located here.

The differences in reports produced under ICBI standards compared to what others do is demonstrated by this example report and these example supplemental schedules.

Generally Accepted Reserve Study Principles establish and document the broad, basic concepts upon which the reserve study process is based.

A downloadable Adobe Acrobat copy of the full set of Principles, Standards, and interpretations is available here.